Athens, Greece, October 16, 2019: The Secretary Generals of Banking Associations in Albania, Cyprus, Greece, Kosovo*, Montenegro, North Macedonia and Serbia have come together today with a view to strengthening the relations among the Bank Associations in the Balkans. 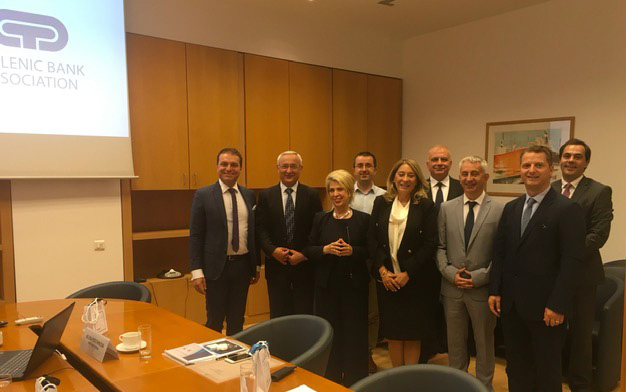 The common belief of all participants is that today’s meeting has laid the base for stronger ties between the vibrant banking communities of the Balkans region.

“Banks in our countries are increasingly engaged in a highly competitive environment for financial services, both at home and abroad. We face many mutual challenges and by coming together we have begun to forge understandings that can be important both for our business interests and for growing commercial and financial ties between us” said Ms. Charoula Apalagaki, Secretary General of the Hellenic Bank Association, who hosted the meeting.

The main themes that have been decided to be a common priority for members are:

The InterBalkan Forum of Banking Associations’ Meetings were decided twice a year in March and October, on a rotation basis.

*    This designation is without prejudice to positions on status, and is in line with UNSCR 1244/1999, and the ICJ Opinion on the Kosovo declaration of independence.