The Hellenic Bank Association has been engaged in regular and individual publications for over 20 years. These aim at the diffusion of valid information and knowledge on key issues related to the financial services sector framework, practice and vocational education/training.

The Hellenic Bank Association’s publication entitled “Documentation data on the operation of the Greek Banking System” (dated February 2017), aims to provide information to the interested parties in an easily, comprehensible and legible form on the key elements of the Greek banking system at the current juncture.

To achieve this goal, the relevant chapters focus mainly on the basic features of each subject, which are thereinafter explained and include, where possible, presentation charts of the provided data. Moreover, certain comparative data are provided, in order for the reader to acquire -to the extent possible- a complete overview of the path of the Greek Banking System.

This study includes a total of 14 modules which relate, according to the order of presentation, to the following:

The quarterly "Deltion of the HBA" (i.e. HBA bulletin) is addressed to the banking and business community, and to researchers, consumers, politicians and opinion-makers. It presents a wide range of issues related to the financial services sector and its clientele, while also including special sections for sector-specific vocational education and training, and international, EU and national developments.

This series is key to the continuous updating and upgrading of the Hellenic Banking Institute training programmes. It also aims at diffusing knowledge on crucial issues of the financial sector.

The individual publications of the HBA include issues related to the financial sector handled from various viewpoints. More specifically these books are mainly categorized in financial, EU and historical subjects, international commercial rules, and outcomes of conferences.

The HBA issues leaflets to inform both the clientele and the personnel of banks. Most of these are available to the public through the network of branches.

The new era of the Greek Financial Sector  - Transition to a stable, solid & forward-looking economy 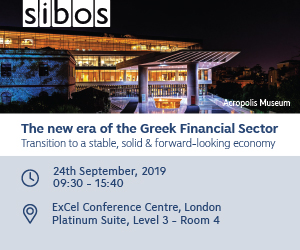 Digital Banking in Greece - Facts and Figures in 2017